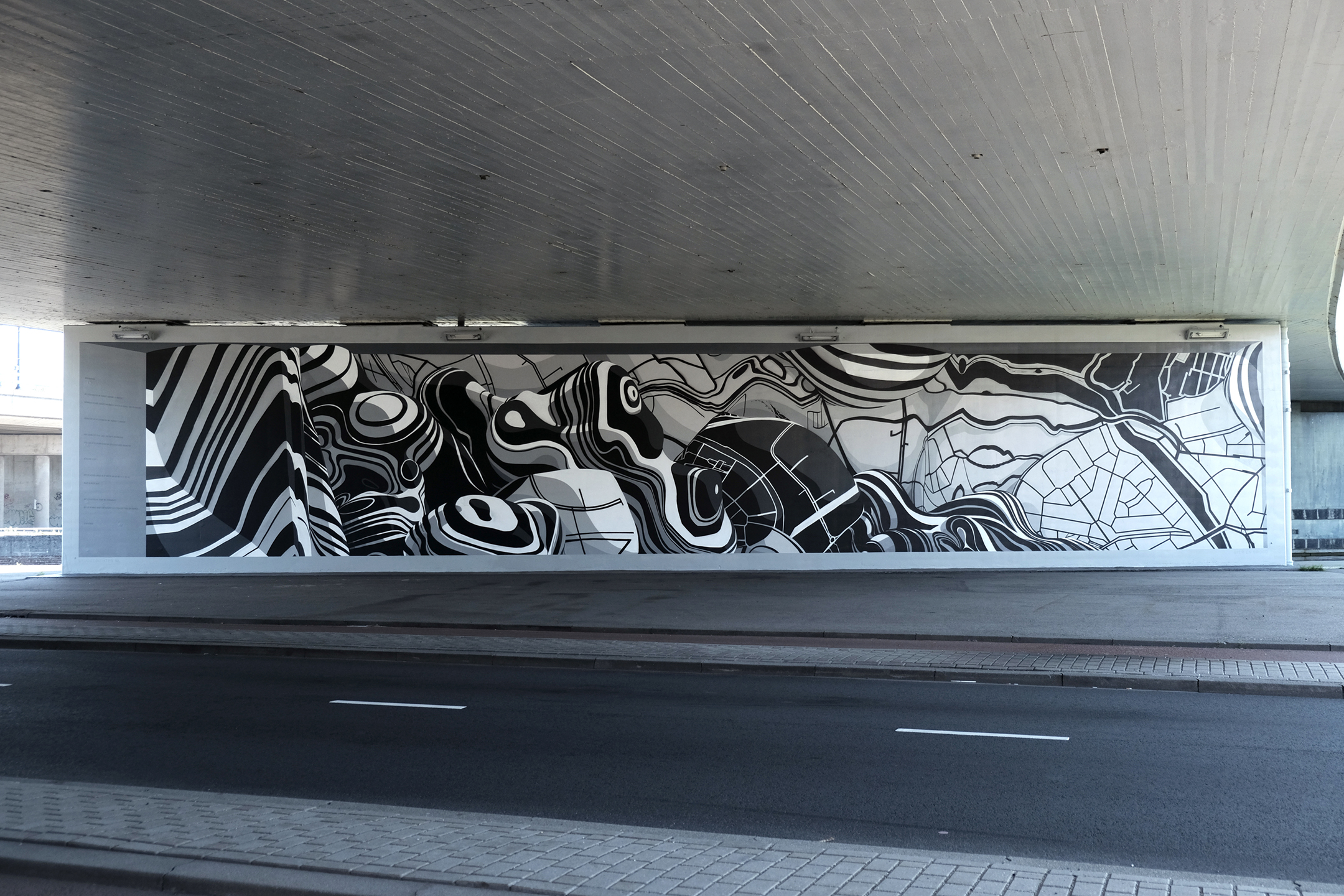 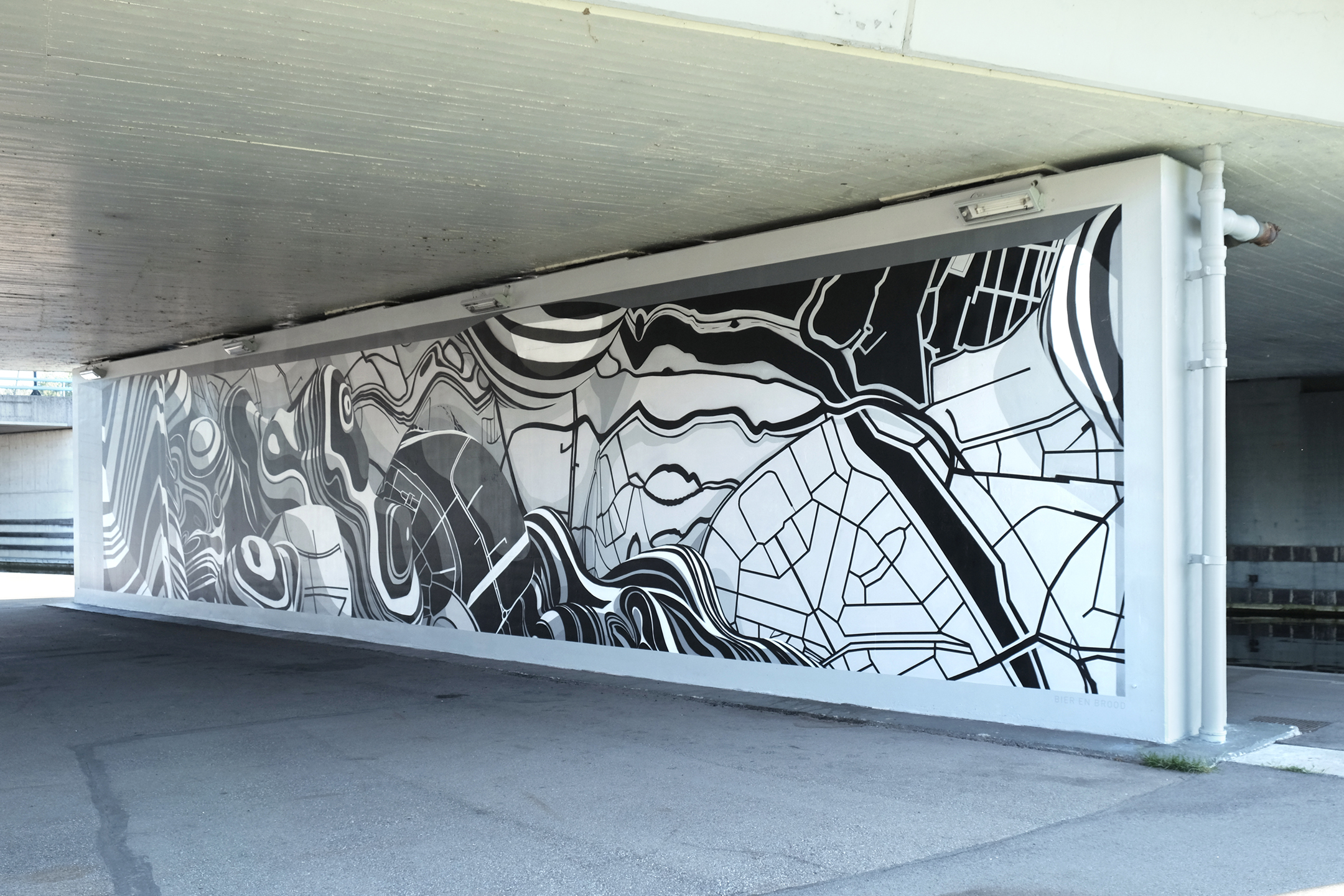 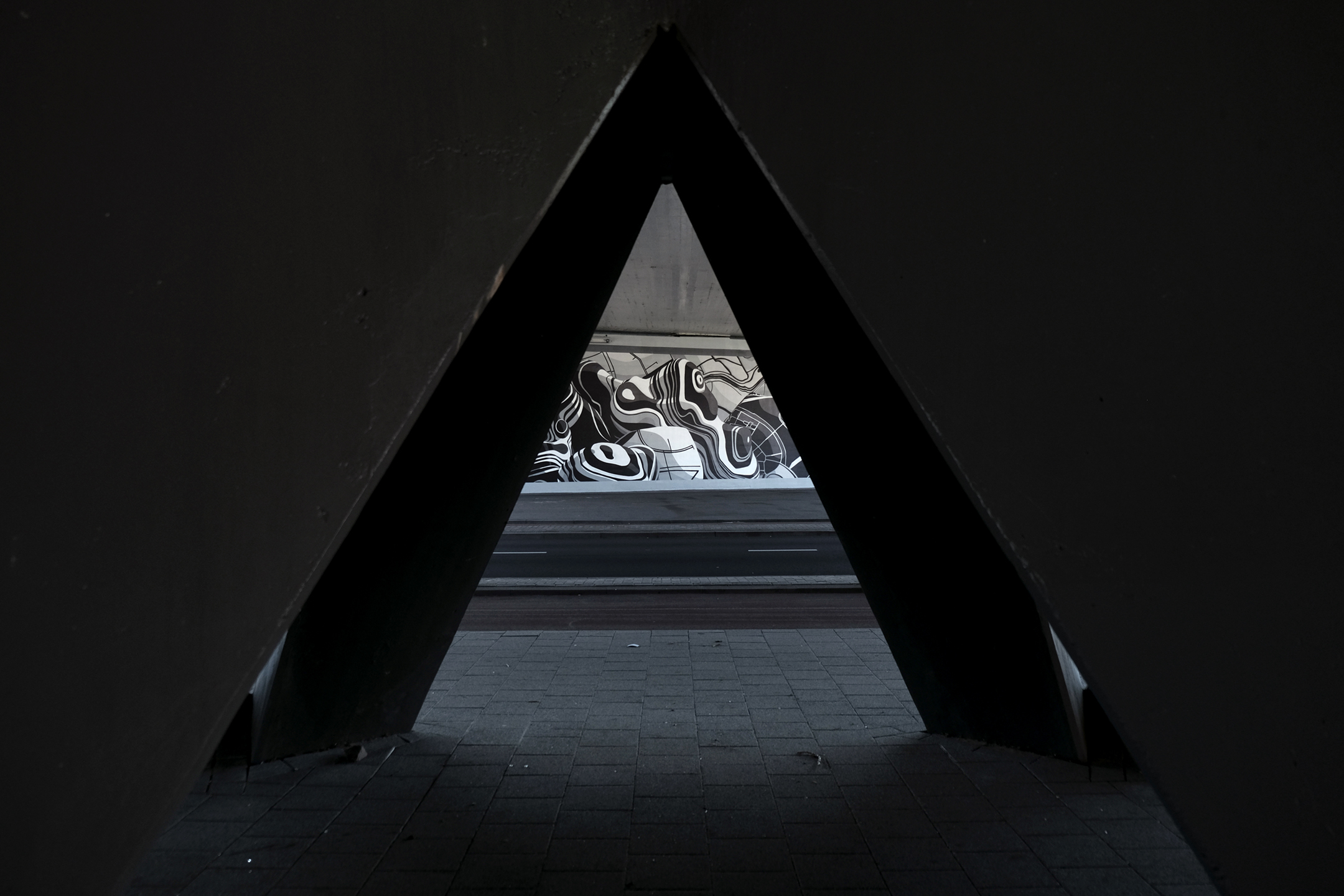 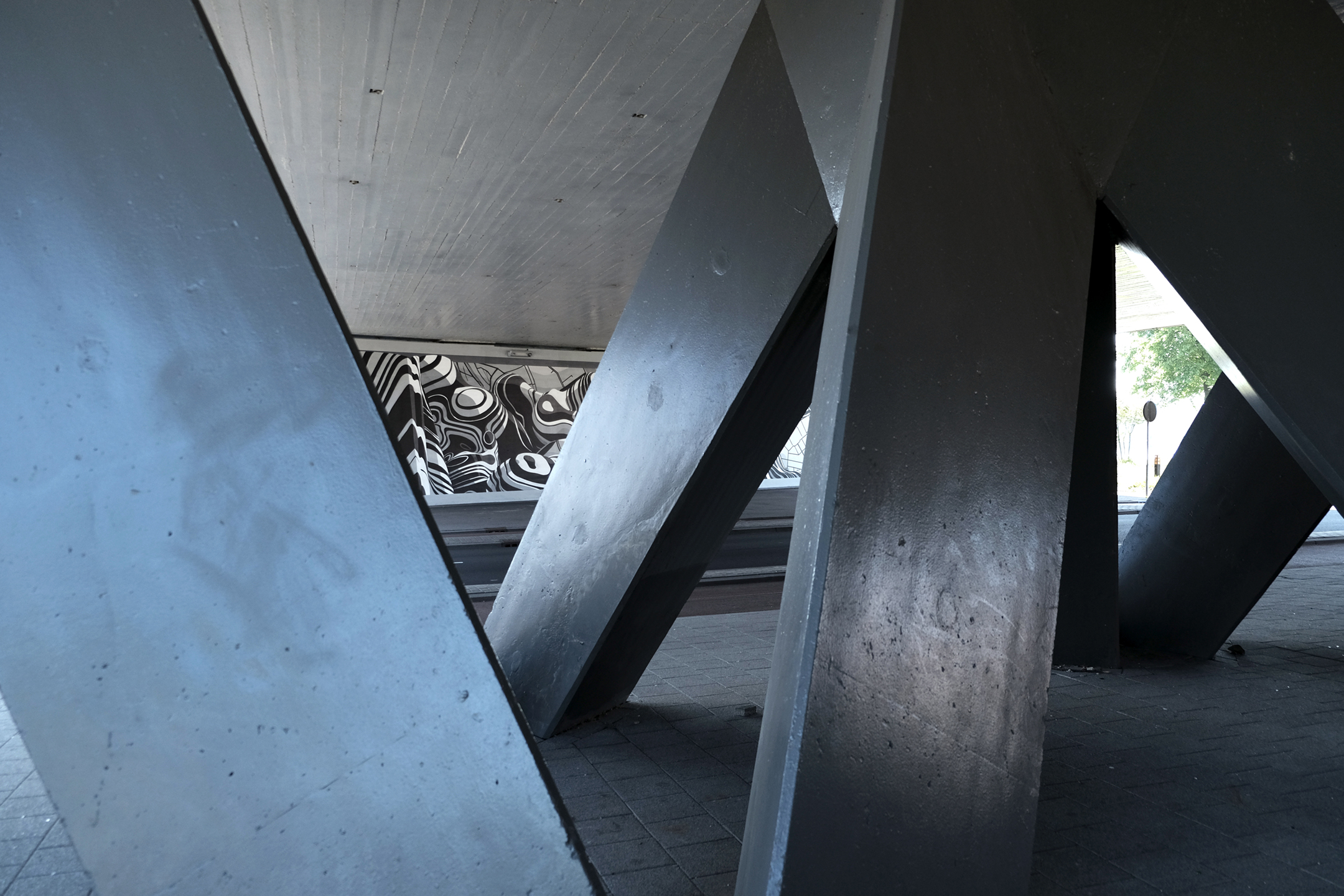 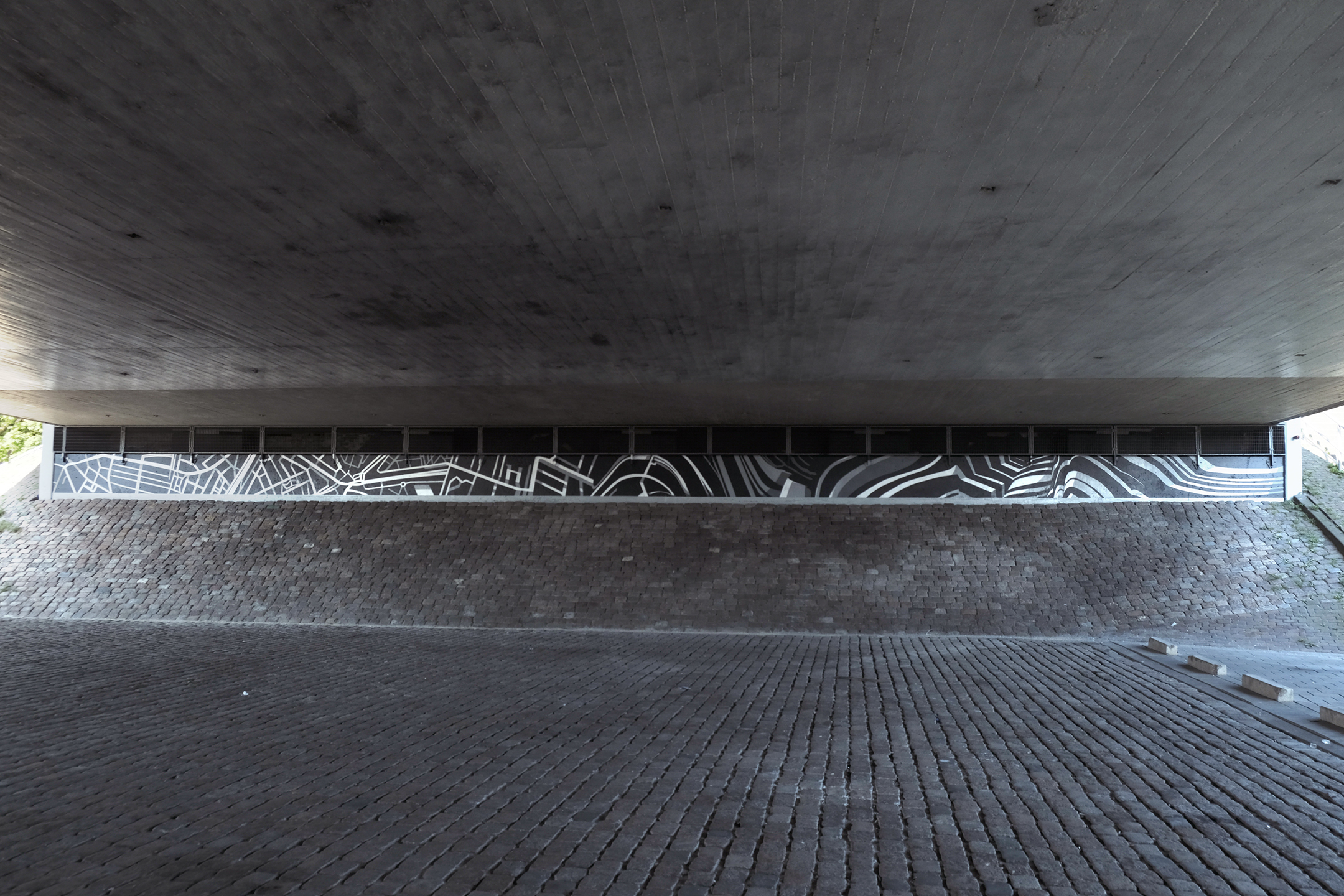 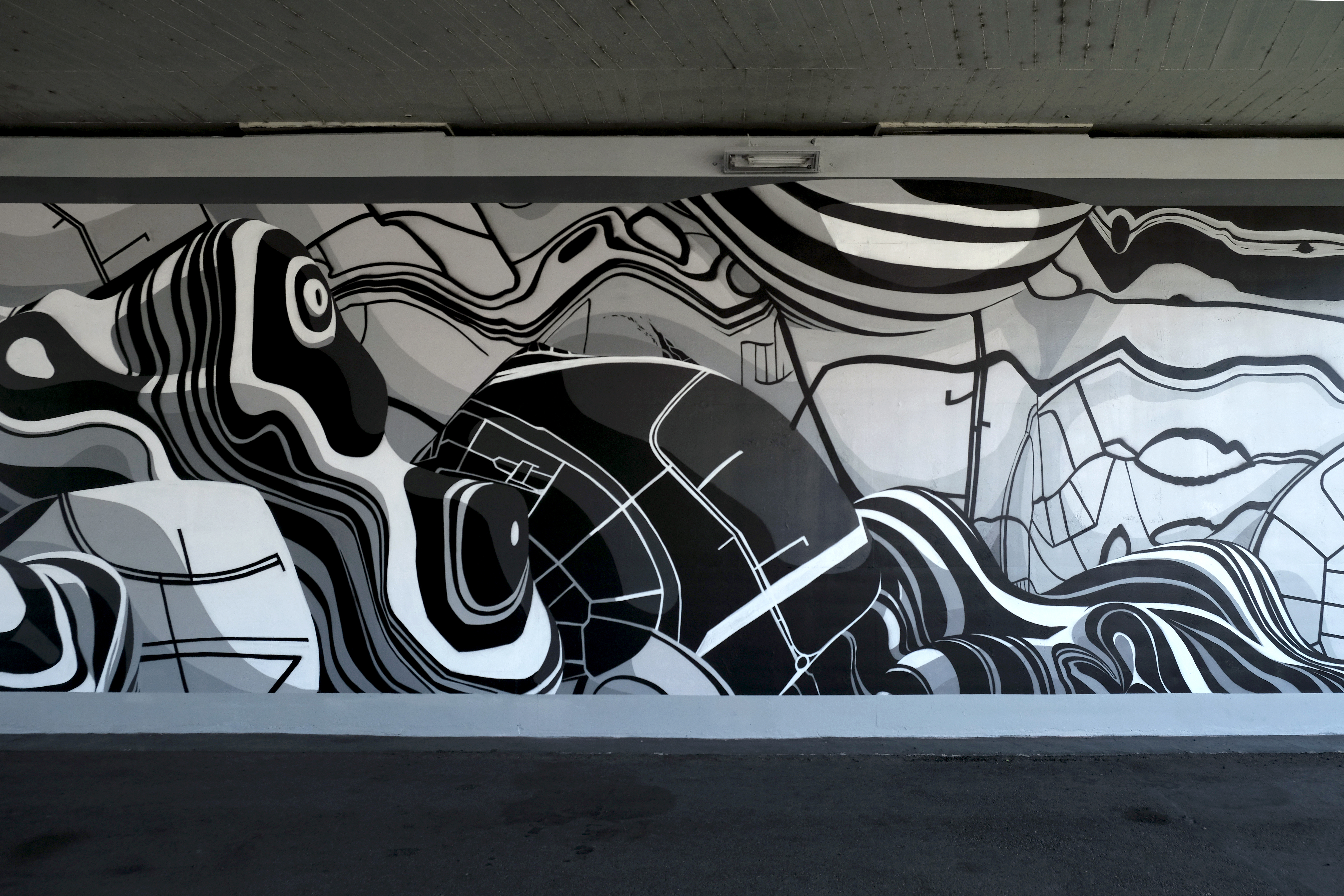 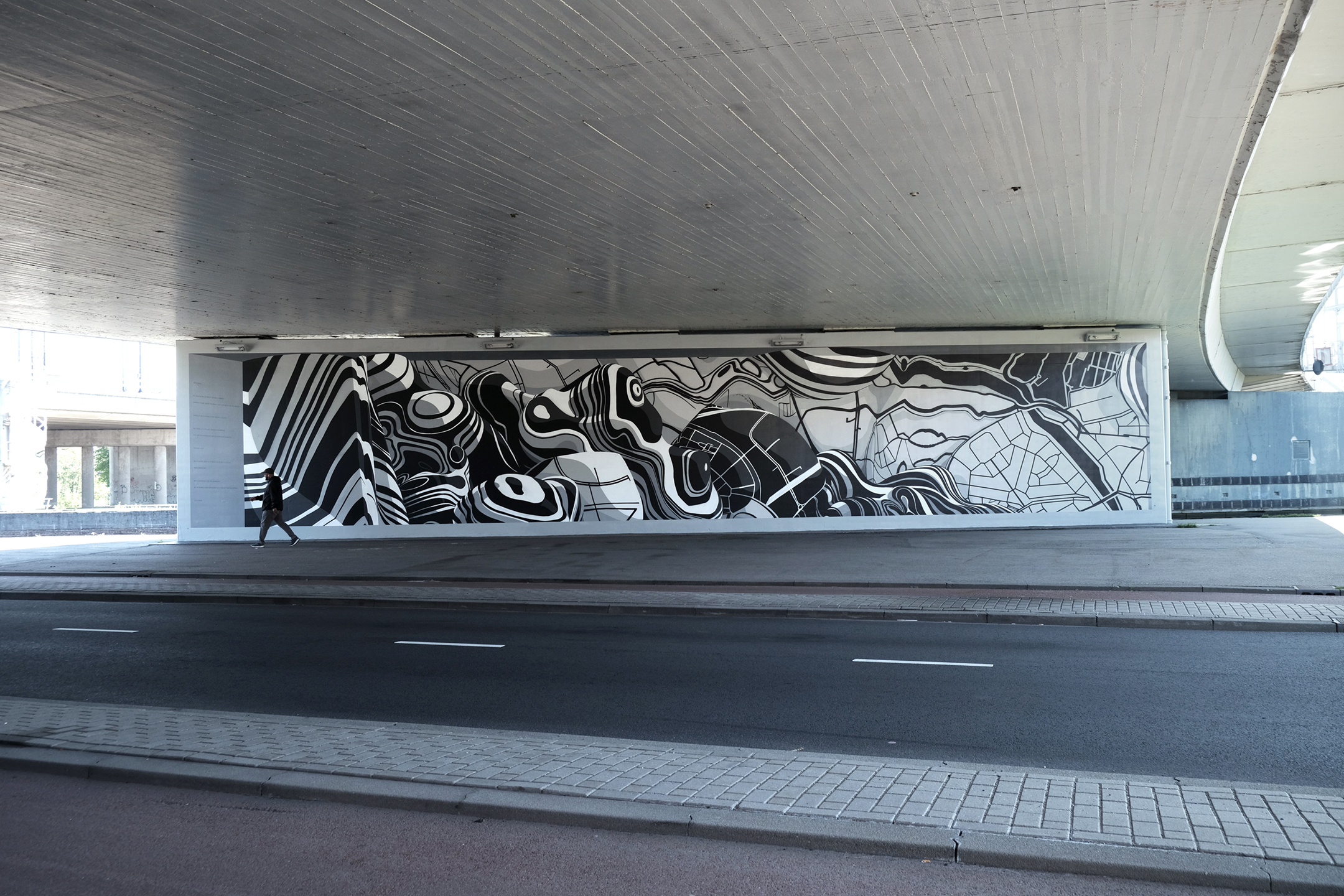 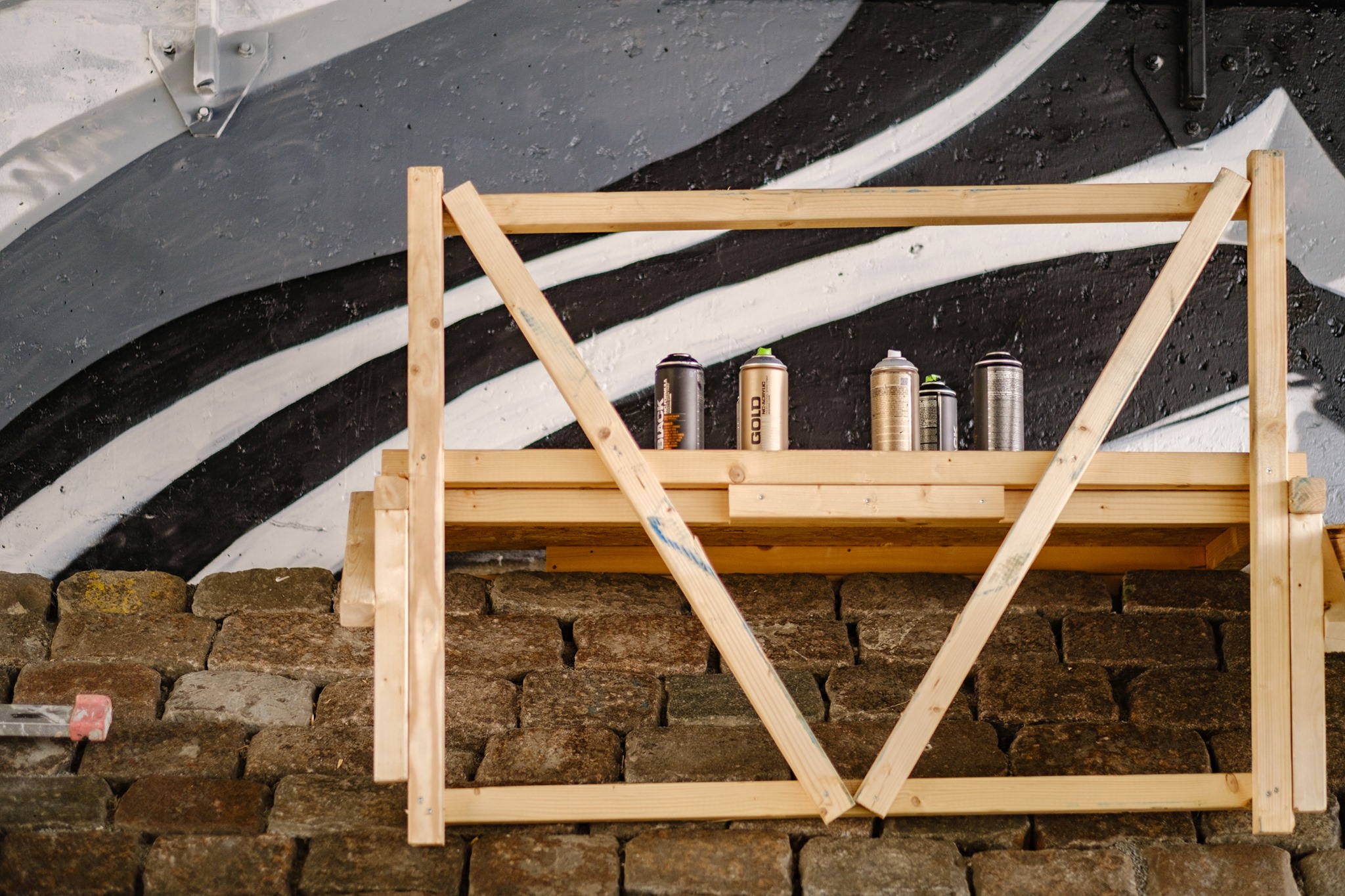 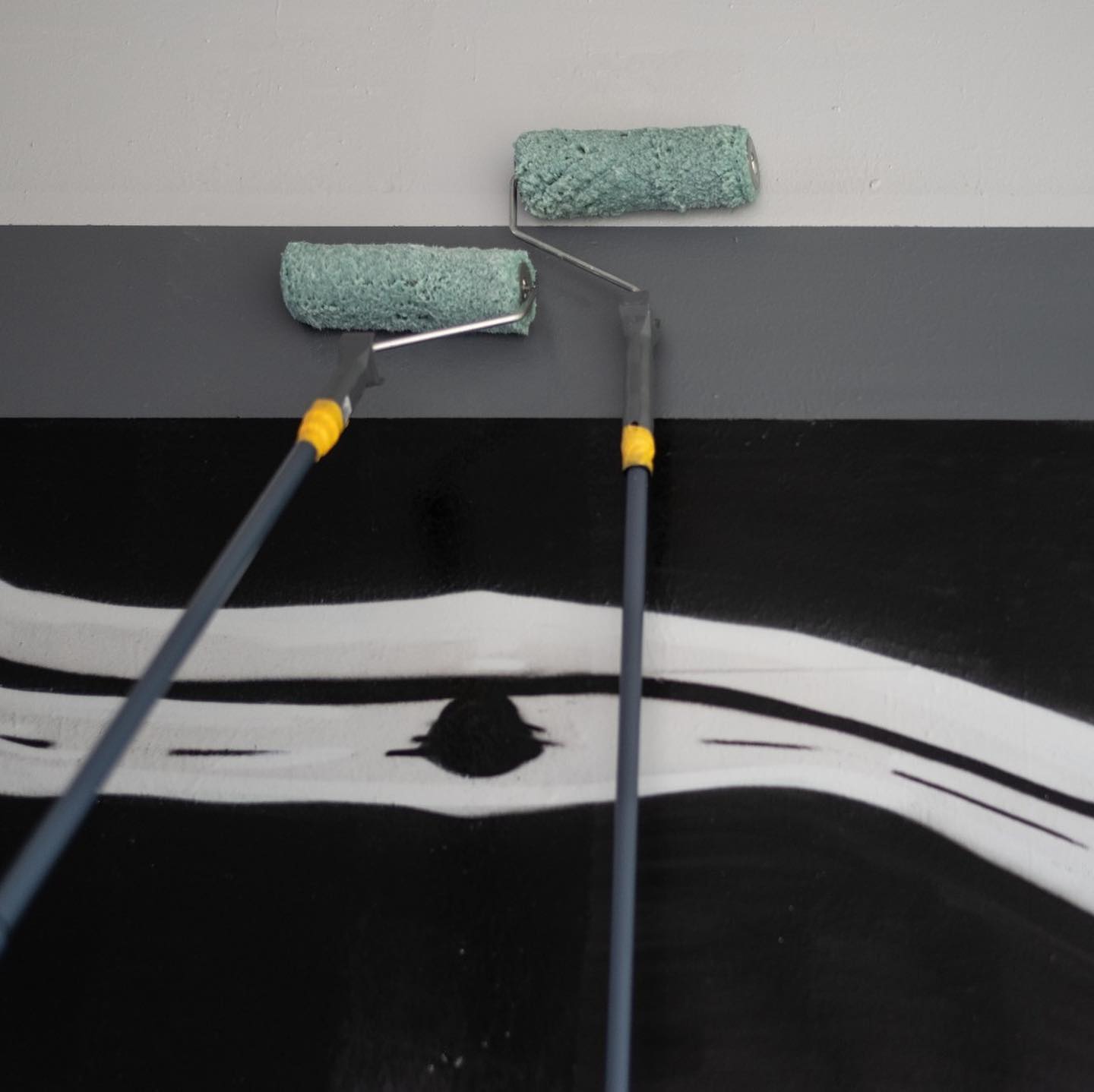 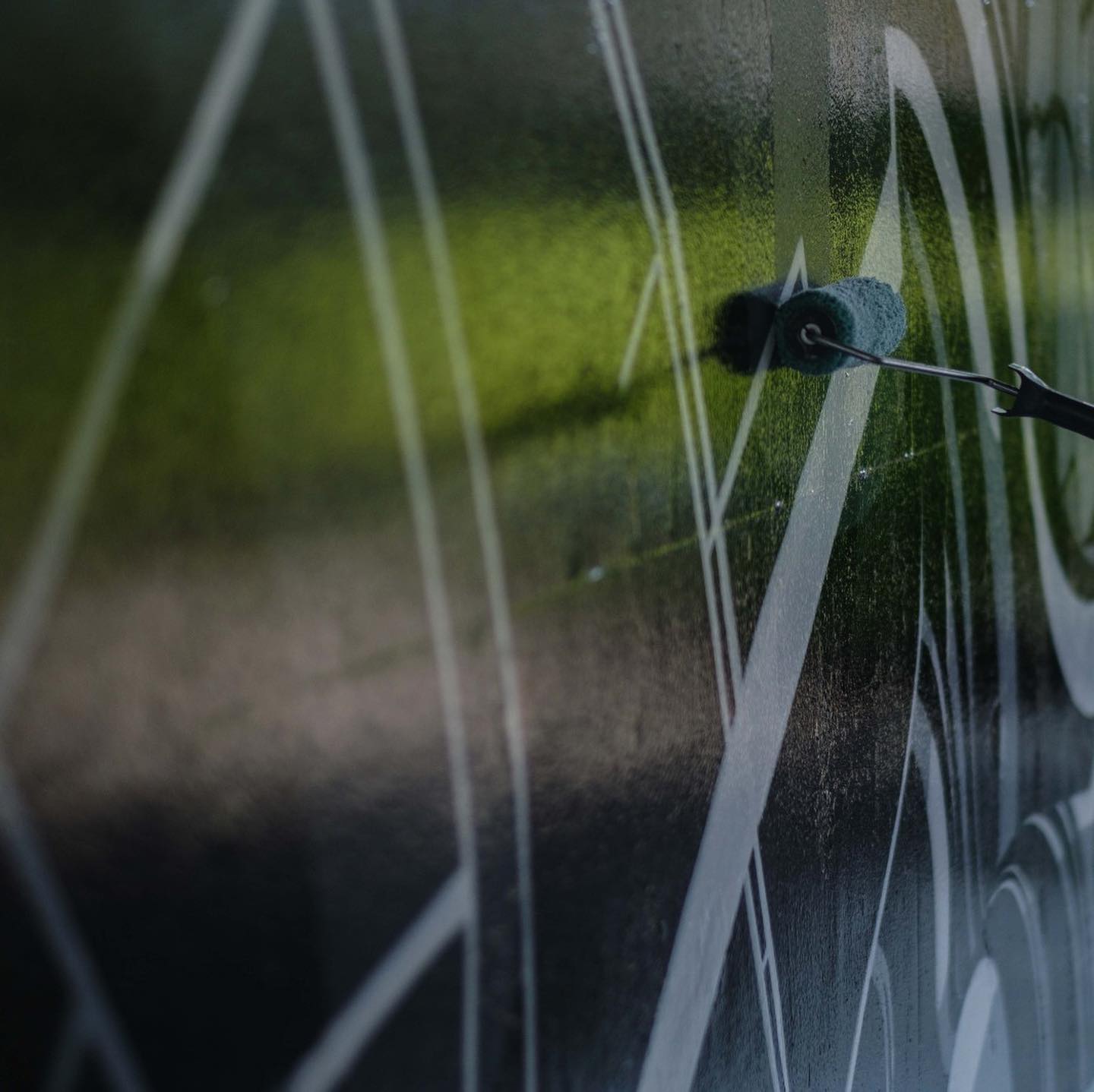 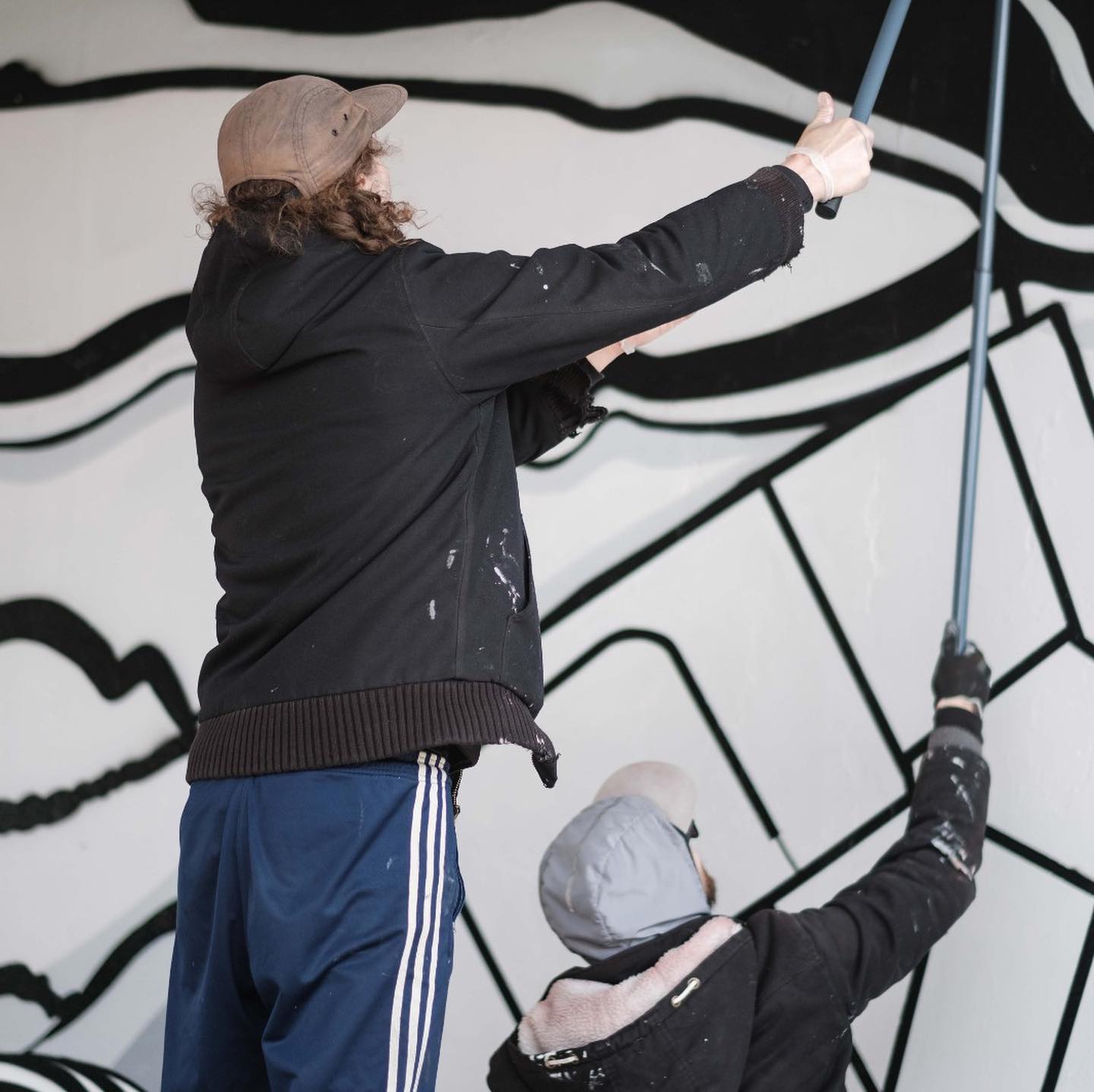 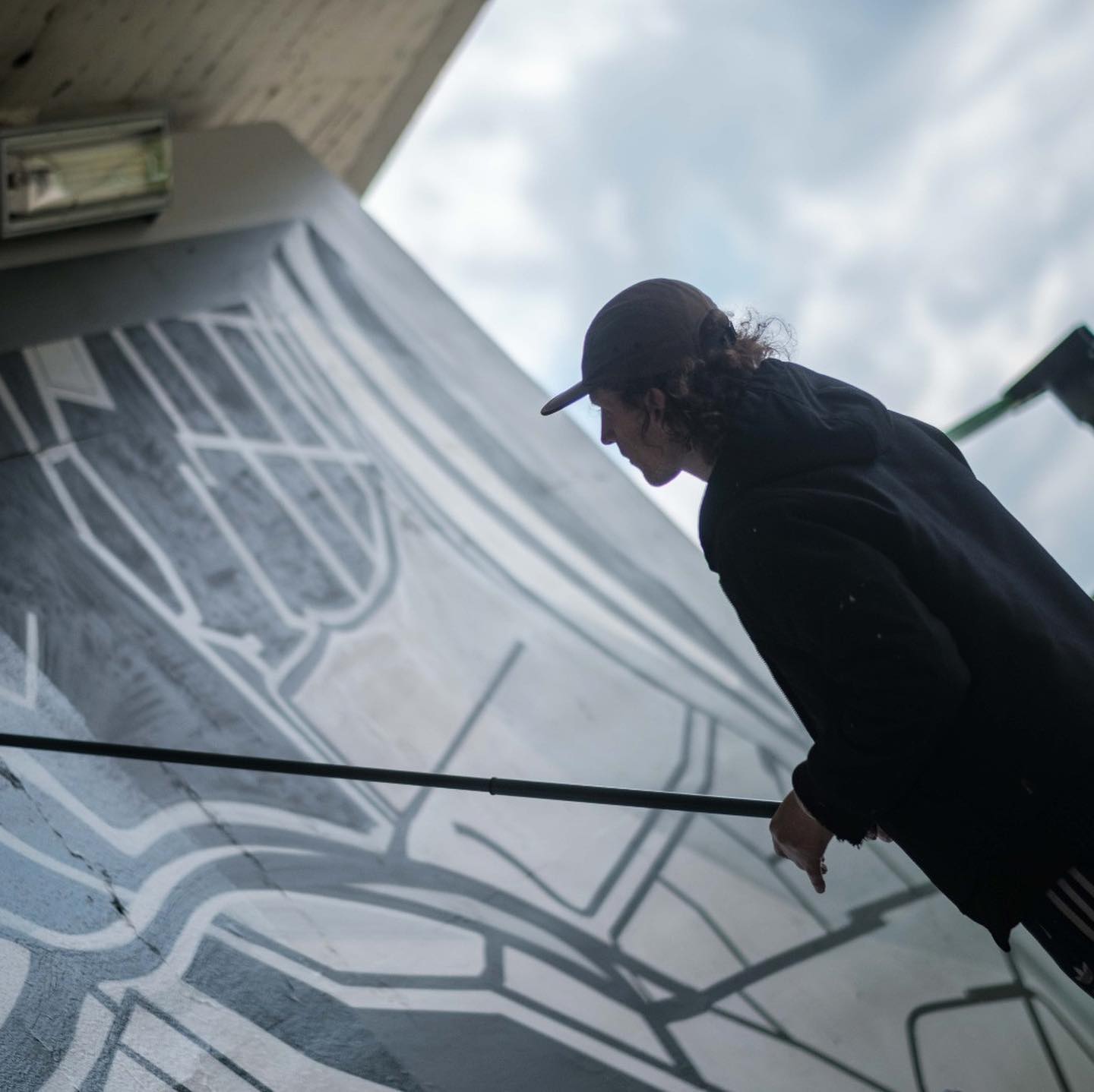 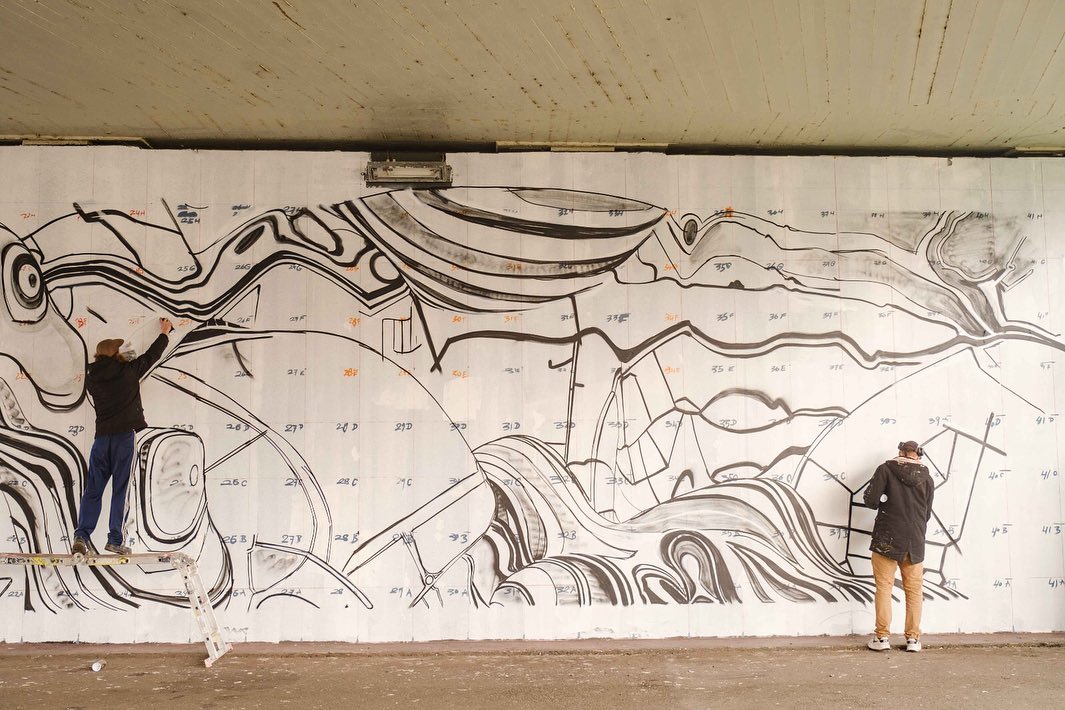 The result of our work on two murals underneath ‘Beukelsbrug’ (bridge) in Rotterdam.

The design is based on Dean Bowen’s poem ‘broodkruim’ (bread crumbs), Dean Bowen is a poet, writer and performer and former official poet of the city of Rotterdam.
The poem talks about the city which is building new versions of it self in its cycle of construction upon construction and the comparison between us people building new versions of ourselves in a similar fashion.
We translated this visually to an abstract landscape that slowly morphs into the map of Rotterdam zoomed in at the area where the mural was made:
‘Beukelsbrug’ (bridge), ‘Spangen’ (neighbourhood).